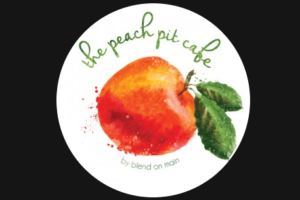 My Own Blend of Culinary Perfection

Blend on Main is the culmination of nostalgic Sunday dinners, strong family traditions, and a deep culinary affection. It’s visible in every nook and cranny, including a wall inscribed with these wise words: People who love to eat are always the best people ~ Julia Childs

Like my close-knit, Italian family, they are exactly the people who inspired me to become the chef I am today. They are the people I cook for day in and day out. They are my favorite people. ~Chef Lou

Blend on Main isn’t just a restaurant. For me, it’s home; a meeting place for the nostalgic flavors and aromas of my childhood. Growing up in an Italian-American household, I understood at a young age the kind of influence food has on people. Meals cooked with love have the power to bring families together and create stories that get passed down through each generation. Some of my fondest childhood memories are the old-school Sunday dinners at my grandmother’s house. I didn’t mind the two hour car ride or that it was standing room only with 35 people who were somehow related to me. Sunday dinner was the highlight of everyone’s week, especially mine.

I quickly figured out that the only way to avoid the “waiting room” was to make myself useful in the kitchen. I watched. I listened. And I hustled. Cooking Sunday dinner for a room full of Italians was no joke! I had been gifted a coveted spot and believe me, my gratitude showed in every dish I brought to the table. As the self-appointed head chef of “Grandma’s Kitchen,” I began to experiment with other ingredients and flavors.  Soon, my Sunday dinners became the topic of conversation throughout the family. My grandmother’s kitchen may have been my informal training ground, but it was also the first place I truly realized the amazing power of food. I was hooked.

Shortly thereafter, I began working in local restaurants so I could absorb the nuances of restaurant life: the frenzied yet strangely addictive pace of a successful kitchen. The energy was pure magic and I ate it up, no pun intended. While most of my friends were out having fun, I was learning the ropes, from bussing tables to serving and eventually crafting my own unique style. Although I was grateful for the time spent in other kitchens, I knew it was time to build my own. Although I knew the work ahead would undoubtedly be grueling, I approached it in the same way as I did cooking: with love.

Before opening Blend, I had my hand in at least 10 other spots spanning Ocean and Monmouth counties. Statistics said I didn’t have a chance at attaining long-term success. I not only proved them wrong, but also built a loyal following along the way. I adopted the philosophy I had as a kid and poured my whole heart into the food, branding a lasting reputation. Combining the garlic and basil-infused aromas of my childhood with components of French, Asian and American cuisine, I created a mirage of smells, tastes and textures that would become my signature blend.

Say What?? Sous-Vide: 3 Reasons Why Cooking in a Bag Works

Rockin a Saturday night with #TeamLou

It was over after 43 years

Rockin a Saturday night with #TeamLou

Food Proves to be “Common Ground” for Everyone...

Blend on Main isn’t just a restaurant. For me, it’s home; a meeting place for the nostalgic flavors and aromas of my childhood. Growing up in an Italian-American household, I understood at a young age the kind of influence food has on people. Meals cooked with love have the power to bring families together and create stories that get passed down through each generation.

This website uses cookies to improve your experience. We'll assume you're ok with this, but you can opt-out if you wish. Accept Read More